Will Apps Bring the Next Great Food Innovation? 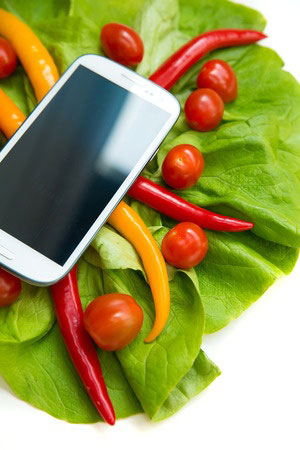 In the last few years, mobile apps have been driving change across industries—from retail to finance and even healthcare. With the wide-spread adoption of mobile technologies among consumers and businesses alike, it stands to reason that “the next big thing” in food innovation will be app-driven, as well. Just take a look at a few ways that mobile apps are already making a difference in the food service industry.

In the US, as much as 40% of food is wasted— much of which occurs before food ever makes it to a consumer’s refrigerators.

The new app PareUp is hoping to help restaurants and grocers prevent food waste by announcing sales of about-to-expire foods to people who own the app. Food retailers can use the platform to showcase their inventory and draw attention to excess items. Users can search for discounted price goods. Some example offerings include quinoa salads, fresh-baked cookies and artisanal baguettes sold for 50% of their original price. The users save money while the producers recoup costs by reducing what goes into the trash.

In an NPR story about PareUp, one consumer reported that friends of hers had eaten at a bakery only because it was listed on the app. They first came into the bakery café for discounted foods, but have returned many times since to try the rest of the menu.

Mobile food delivery apps are changing the way that people order out. Grubhub, which acquired its top rival Seamless in 2012, touted 67% growth in 2013. The company processed over $1.3 billion in food orders last year, yielding $137.1 million in profits, and the delivery services says that they expect to see to-go and delivery food ordering go 100% mobile by 2016.

Restaurants that are able to stay on top of this food innovation trend can most likely expect to yield increased profits by making online and mobile ordering as easy as possible for this growing base of consumers.

For consumers with food allergies or serious intolerances, eating out in restaurants can range from inconvenient to potentially deadly. To help reduce risks, there are a number of companies offering apps that alert diners to menu hazards while making it easier to find places that allow people with dietary restrictions to enjoy restaurant meals out with friends.

One notable app in this sector is Gluten Free Passport. Those with celiac disease can become very ill when exposed to the wheat protein gluten; this has caused many of those with the ailment to swear off eating out altogether.

The number of people with food allergies continues to increase.

WebMD reported that the number of children with peanut allergies more than tripled between 1997 and 2008. Other food allergies have trended up in similar ways. As diners become more cautious, apps that help them make better and safer dining choices will become more successful.

Companies can benefit from this trend by either developing their own informational apps or by ensuring that their allergy-safe products are listing on popular allergy apps.

The mobile sector has an impact on nearly every aspect of daily life.

As smart phones continue their march toward ubiquity, food innovation will continue to get tech savvy. Keep an eye on tech innovations and apps that drive food trends to ensure that your company is one of the ones that comes out on top of these digital races for real world market-share and profits.