Will Millennials Go for Fast & Fresh Brands Lagging on Sustainability? 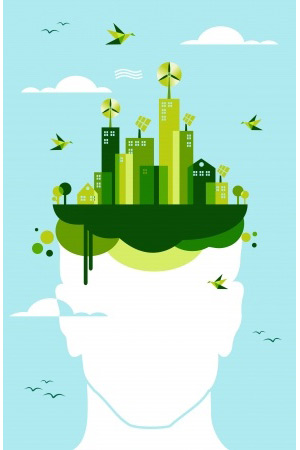 News flash: Millennial foodies demand foods produced by sustainable means. Oh, you knew that? Then why isn't your brand living the sustainable mantra? Too many food brands recognize the appeal of sustainability and market to it, but fail to live up to expectations. In an era when a bit of research is as easy as typing up a query on one's smartphone, however, disingenuousness doesn't play well.

If price and perceived quality are close enough so as not to be distinguishing factors, sustainable production is likely to become the deciding factor in a young adult's food purchase decision, according to Jeff Fromm, the co-author of Marketing to Millennials. Moreover, if your food company lacks transparency, be prepared to lose ground to your competition.

Millennial Consumers Are Paying Close Attention To Their Food Packaging

Although demand for packaged foods hasn't waned (in fact, one could make the argument that it has increased), consumers are nonetheless more conscious than ever before of food packaging's environmental impact. This is particularly true of Millennials.

According to a new study conducted by Asia Pulp and Paper, 56 percent of American shoppers want food packaging to be produced using more sustainable means. Contributing heavily to that market preference? Adults under the age of 35, of whom 63 percent reported to APP that they want a more diverse range of sustainable and recyclable packaging.

American grocery shoppers are in love with single-serve products—that's underscored by the current snackification trend. But they also want to avoid being culpable for contributing to landfill overflow, deforestation and water pollution. By purchasing products packaged with recyclable materials, many Millennial consumers feel that they are at least somewhat alleviating themselves of guilt.

We all know, of course, that waste is waste. It takes quite a bit of energy to recycle aluminum—more, in fact, than it takes to produce the original can. Worldwide deforestation is accelerating, not slowing. But in the Millennial mind, a can recycled means an equivalent amount of aluminum that doesn't need to be mined. A paper cup recycled means one less tree cut down. A plastic container recycled equals less dependence on petroleum.

To that end, food companies need to understand that Millennials' approach to environmentalism can be a make-or-break in the grocery aisle. And as that environmental mindset continues to evolve, it may become less superficial. Eventually, more consumers are going to demand less packaging altogether.

Are No-Packaging Groceries The Wave Of The Future?

German start-up Unverpakt certainly hopes so. The idea has already been exported to stateside Millennial Meccas Austin and Portland; you can bet that other localities will soon pick up on it. What does that mean for the packaging industry? Hopefully, at least from the Millennial viewpoint, that it will become less necessary, even as demand for fast and fresh food increases.

But things have a way of going in cycles, too. It could be that we're moving into a phase in the evolution of food packaging; as the industry responds to young adults' environmental concerns, we will likely see innovations in production that will make food packaging less impactful and, thus, more attractive.

Will grocery shoppers in the United States embrace the idea of the packaging-free grocery? Let's attempt to answer that question with a question: in 1980, did anyone think that the ubiquitous styrofoam Big Mac container would one day become a distant memory?

We've already seen a small move away from packaging-heavy fast food toward the fast-and-fresh model. Will restaurants like Chipotle, which have already made a commitment to ethicality and sustainability, move toward further minimizing their economic impact by cutting back on the use of disposable goods? It’s hard to say for sure, but with these brands already plugged in to the Millennial zeitgeist, it wouldn’t be much of a surprise.

Sustainable food and sustainable packaging are strongly demanded by Millennial foodies. If your food brand is lagging behind on catering to this demand, you risk your products languishing on grocery shelves.