Your Consumers May Be Willing to Pay for Provenance 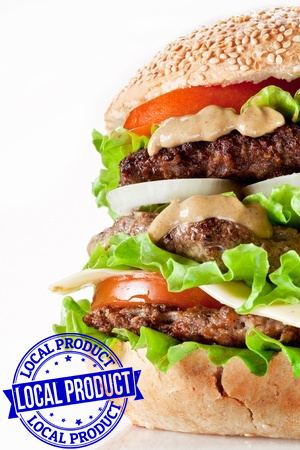 If you have been basing your entire sales strategy around a price point, you may want to reevaluate. Today’s consumers are much more conscience of how their food is raised, handled, and packaged before it hits the shelves of their local supermarket. And your meat supply is no exception. According to The New Yorker, most people would be willing to pay a premium if it means the steak, fish, and chicken they are buying is not imported and guaranteed in quality.

Why does provenance matter?

People no longer shop blindly: They want to know everything before they spend a dime. They want to know how the food was processed, if it contains added chemicals, and if it was modified in any way. But they may be most concerned about where it came from.

Why do they care? Here are a few reasons:

How much will people pay for this knowledge?

A lot more than you may think. The New Yorker reports on several studies that all demonstrate this fact. The first study, conducted in 2003 by the Journal of Food Distribution Research, found that the average consumer would be willing to spend 11% more if they knew where their food was coming from. And get this— the price increase could jump to 19% if a product was guaranteed to come from the U.S.A. So instead of charging $12.00/pound for your prime steak, you could charge over $14.00/pound—which adds up quickly.

But that study was done in 2003, when consumers were just starting to become vocal in expressing concern about their food. So it’s no surprise that another survey completed by Boston Consulting Group in 2012 found that a large majority of Americans (80% to be precise) would spend a whopping 60% more for something that said it was “Made in the U.S.A.”

All of these results are from written surveys. And it’s a lot easier to sound food-conscience on paper than it is to actually go out and spend more money. However, the findings are still promising. It means that at least people know they should be willing to pay for a first-rate, domestic product, and many of them will.

Your best bet is to have something for everyone. For those with food safety concerns that want to support the local economy, provide a higher-priced, better quality, American-raised product. And for those shoppers that will always shop with price as a top priority, appease them with an option that you can still be proud of, even if it does come from abroad.