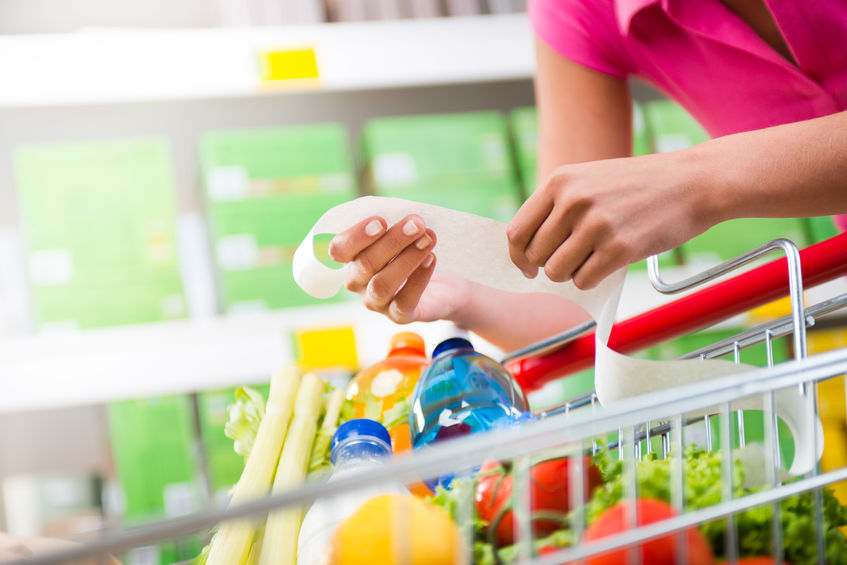 Are you noticing a shift in the demographics of grocery shoppers? The NPD Group has. According to the market research firm, Latinos are one of the fastest-growing consumer demographics in the United States, and they're beginning to influence overall shopping trends more than they ever have. Nielsen reports that the buying power of US-dwelling Hispanic consumers now tops $1 trillion.

So, how can grocery store owners and food producers reach them? Are there ways to segment your marketing directly toward Latino shoppers? Let's take a look.

Nor is it considered, by many in the Hispanic community, to be an ethnicity. Rather, it's a descriptor of origin. Many people who identify as Latinos/Latinas were born in the United States and speak English as a first language. The word "Latino/Latina" is thus used only as a signifier of culture.

There’s even disagreement about terminology among members of the Hispanic/Latino community. Some prefer the term "Hispanic" (especially in Texas), whereas others prefer the term "Latino/Latina." Regardless, the community is robust, diverse, vibrant and eager for merchants to engage them.

These terms represent a broad cross-section of people from a variety of countries — each with a unique heritage, traditions and set of cultural norms. One should not, for example, think that marketing ingredients for traditional Mexican meals will appeal to Cuban-Americans or Puerto Ricans.

Likewise, Spanish-Americans' (as in from Spain) preferences, traditions and worldviews are likely to differ greatly from Hispanic consumers of American indigenous or Caribbean origin. South Americans, in turn, are culturally distinct not only from Central Americans and Caribbean individuals, but also from each other (there are wide differences, for example, between the cultures of Colombia and Argentina).

It would behoove the careful food marketer, then, to drill down from "Hispanic" or "Latino" and instead market directly to consumers by region or country. Before developing messaging, they should carefully research the cultural diversity within the overall Hispanic population in the city, county or state they want to market in.

Is there any one thing that binds all Hispanic consumers together?

Not at all — but there are several characteristics and preferences that many share. One is the Spanish language. Now, again, don’t assume that all members of families originating from historically Spanish–speaking regions actually speak Spanish.

That said, words and terms that allude to the influence of the Spanish language can help to boost your product's profile. Let's say that you were marketing a nutritious cactus water sourced from the American Southwest, and you wanted to market toward Hispanic consumers. Maybe you name the product "Agaveda" – a portmanteau of the Spanish words for agave cactus, water ("agua") and life ("vida"). This provides sourcing context for the product, calls attention to its attributes and invokes the spirit of the culture of the source region.

Another general trait that many Hispanic consumers share is not at all unexpected — cultural nostalgia. According to Nielsen, many Hispanic shoppers, regardless of whether they were born in the US or born abroad, exhibit shopping preferences for products that invoke the spirit of their family's point of origin.

Just as an Italian-American or a Jewish-American individual might respond well to their respective cultures' "traditional" foods, so, too, might an Hispanic grocery shopper opt to purchase ingredients and foods that are associated with his or her region of origin.

Once again, though, it is critical for the grocery store merchandiser or food producer to know and understand the demographic makeup of the Hispanic population within a given area. Ingredients for traditional tacos and tortillas might resonate well with Mexican-American shoppers, but they do not represent traditional Puerto Rican or Cuban cuisine.

Is your store offering a family-friendly shopping experience?

Interestingly, Nielsen also found that many Hispanic/Latino consumers do report maintaining tight-knit relationships with extended families and neighbors. Regardless of country of origin, many Hispanic families do have a tendency to hold large, regular family meals. Plus, many families shop together.

Nielsen recommended that store owners focus on providing a shopping experience that engages Hispanic and Latino families across generations. The research firm noted that many Hispanic cultures exhibit a reverence for respect of elders within the family; staff members should be trained to offer friendly assistance to the aged, as this may result in increased engagement with accompanying middle-aged and young shoppers.

Market Strategically to Extend Your Reach

Grocery store owners and food producers need to carefully consider how to effectively market to the emerging segment of Latino grocery shoppers. There’s no single answer for developing a strategy — it’s dependent upon who within that segment you’re attempting to reach and how you plan to be culturally sensitive. With the right combination of tactics, you can market your brand successfully.