2 Food Brands That Are Looking Outside the Kitchen for Innovation 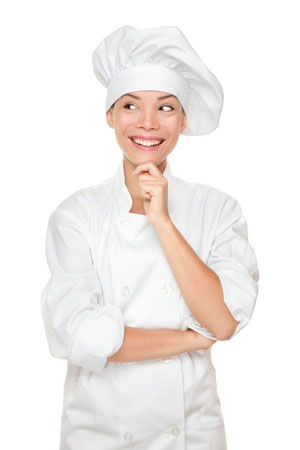 Innovation in the food industry means more than just concocting new flavors and recipes. Sometimes food producers have to move beyond the kitchen in order to maintain a competitive edge as sharp as any kitchen knife. Two of the most popular brands on the market today —Mars Inc. and Nestle— are on the cusp of developments that are set to catapult them ahead of the competition, innovations that involve infrastructure and food science rather than sweet treats.

By investing in new technologies and structures that will create a more globalized and beneficial food preparation and delivery system, Mars Inc. and Nestle are well ahead of the competitive curve.

Nestle, a name that is synonymous with kid friendly chocolate milk beverages, has broken new ground with modular factories. The idea here is to create a factory structure that is both faster to build and more cost effective across the board.

For Nestle, “The model is a real evolution from the traditional bricks and mortar factories of the past,” says Alfredo Fenollosa, Technical Head for Africa, Asia and Oceania.

Building entire factories in half the time and for half the cost is a coup for Nestle, which could potentially double production without blinking an eye. But there are even more perks for modular construction:

Nestle is taking innovative foods to the global level by creating a business model that is beneficial to a greater number of involved parties, like the farmers harvesting the ingredients and the potential labor pool in otherwise inaccessible communities. In the meantime, they are also increasing their global presence, while saving money across the board through structures that are more expedient to build.

Mars Inc., perhaps most famous for the Milky Way chocolate bar, is a food industry giant that boasts more than $33 billion in net sales. Their product line ranges from Wrigley chewing gum to Symbioscience and CocoaVia. Yet Mars Inc. has no plans to stop at simply producing foods.

The latest endeavor for this snack food giant is a $40 million investment in the University of California Davis. No, Mars Inc. isn’t investing in vending machines for the cafeteria here; they are investing in the up-and-coming World Food Center (WFC) which is in the process of developing the Innovation Institute for Food Health Science as a way to advance food technologies.

As part of a 10-year commitment, Mars Inc. is being matched in funds by UC Davis, $20 million to be specific. The goal of this major investment? The World Food Center will conduct innovations ranging from ingredient research to marketing and commercialization of products.

While a definitive location for the third campus of UC Davis has yet to be revealed, plans for future research into the sustainability of food sources and food safety are already in the works. And the new Institute isn’t the first time Mars and UC Davis have collaborated on food science.

The two organizations have already worked together to map the cocoa genome and African orphan crop genomes to increase crop adaptability, crop yield, and the nutritional allowance of said crops.

For companies like Nestle and Mars Inc. the innovative foods they create are only the beginning. These companies are thinking outside the box in everything from food research to infrastructure. And they are managing to expand their business while keeping the wants of the customer in mind— a win, win for everyone involved.