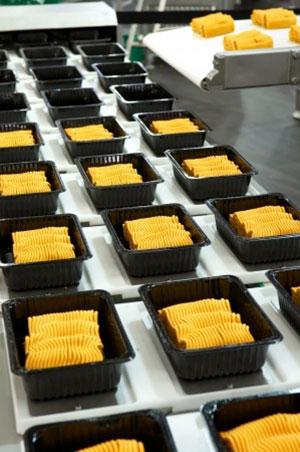 As food producers and manufacturers continue to fight legislation on genetically modified foods, a new battle may soon force them to split their focus. According to a recent article published by Food Safety News, three members of Congress are currently calling for a legal measure that would ban the use of bisphenol-A, or BPA, in both food packaging and consumers goods altogether.

Because of the widespread use of BPA in plastics, a ban on this chemical would dramatically alter the ability of manufacturers to easily design innovative food packaging.

BPA has long been used in the manufacturing of plastics. In fact, according to TIME, BPA has been used to harden plastics since the 1940s. BPA is also used to manufacture epoxy resin, which serves as the liner in many beverage and food containers. Although BPA is used in a variety of industries, much of the recent debate about BPA hinges on the long term health impact the chemical may have when used in food packaging.

BPA is a synthetic estrogen, which means it can disrupt the natural processes that involve estrogen within the human body when it is consumed. Scientific studies have already linked the consumption of BPA to a variety of health conditions including infertility, behavioral problems, problems with fetal development, learning disabilities, heart disease, early puberty and certain types of cancer.

Although these studies involved exposure to higher amounts of BPA than the typical person encounters, some scientists still worry that even small amounts of BPA could be harmful to people over time.

The politicians believe that the erasure of BPA—which has already been banned from certain baby products, including formula packaging, sippy cups and baby bottles because of its known and suspected dangers for children and pregnant women— from consumer goods is an inevitable evolution in public health.

While it seems unlikely that such a measure will be passed any time in the near future, these same three members of Congress who are calling for a total ban on BPA have seen mixed success in similar measures. The Ban Poisonous Additives Act, introduced by Capps, Markey, and Meng in 2013, has received widespread support from other members of Congress and various organizations. But it has not yet been passed.

And at the time of publication, no formal bill to ban BPA has been introduced or passed, either.

Although Congress does not yet have a bill banning BPA on the docket, with food safety and public health both widespread concerns among Americans, it isn’t unlikely that such legislation will be introduced in the future.

If this occurs and the bill is passed, it could have serious consequences for manufacturers who rely on plastics to create food packaging. Replacing BPA would be difficult and costly, and many manufacturers are not prepared for such an undertaking.

Drafting and passing a legislative ban on BPA could take years to complete, however, especially if additional studies on its safety are required.

Though it may take years for any federal legislation to pass, many consumers are already avoiding products that contain BPA on their own. Because of existing consumer avoidance, as well as the significant financial risks involved if a bill banning BPA were to be passed, it may be wise for manufacturers to plan in advance by proactively eliminating BPA from their packaging methods.