Don't Just Tell the Story of Your Food Brand— Make It! 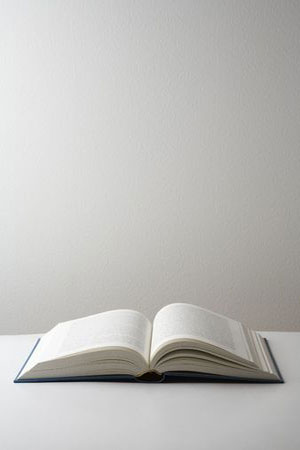 Building a new food brand—or crafting a new narrative for an established brand— isn't easy. The majority of new food products fail within the first two years of launch. Why is that? What makes some brand innovations catch on and cause others to wither on the market vine?

For a brand to be truly successful, it needs to build a following. Customers need to be able to identify with a brand and see how its products or services add value to their lives. Many companies today think that the way to convey this value is to engage in storytelling in their marketing. But that may be only part of the equation.

Brand storytelling is not something that can be accomplished in one sitting. A brand must build a sustained narrative in order to effectively communicate its values and the value it adds to a consumer's life. Like the old Burma-Shave road sign campaigns of the 1940s and 1950s, sequentially storytelling relies on building a sense of anticipation in the viewer.

Digital arbiter of style, Refinery29 has taken the premise one step further.

In 2014, Refinery29 conducted a study in partnership with Facebook and Adaptly which found that showing a sequence of brand storytelling ads— creative pieces designed to build on each other— in a Facebook user's feed increased click-throughs by 87 percent and e-mail subscriptions to Refinery29's marketing list by 56 percent.

This experimental social media campaign used separate sets of creative— each focusing on a different appeal— in order to portray its publications from a multi-faceted viewpoint.

The difference between storytelling and storymaking.

The problem with storytelling, though, is that there is no guarantee that the customer will take action once the story has been told. Writing for Inc., Ilan Mochari noted that storytelling "is a one way street"— it forces the customer to view or listen to messaging, but does not encourage the consumer to interact with the brand.

Although interesting storytelling can be effective in the short-run in grabbing attention, people are eventually put off when they are subjected to story after story without being given the opportunity to speak. It is, according to marketing insider David Berkowitz, like that schlub who throws a dinner party and tells anecdote after anecdote, but never allows his guests to get a word in edgewise.

"One day, my wife and I were venting about a few insufferable people we know. They didn't seem to take an interest in us or anyone but themselves. Exasperated, my wife lamented, 'All they do is tell stories!,'" Berkowitz wrote.

"It was one of those lines I'll never forget," he said. "Given that our industry is all about storytelling, I'm used to storytellers being the heroes. Yet here she was revealing the negative aspect of the craft. Stories are often used as crutches that cast light on some trait or moment, rather than opening up a path to understand people more deeply. It's the story that gets in the way of the relationship."

Storymaking, on the other hand, relies on aggregating and curating customers' stories of a brand. One can show the audience how a brand has positively affected the lives of others and thereby show value.

This "inclusive and collaborative" approach is underutilized by most brands— from start-ups to household favorites.

Storymaking in the digital age.

Every year, for example, Doritos conducts a bit of storymaking masterwork: the brand hosts a video contest, supported by their Facebook, YouTube and Twitter accounts, which solicits followers to make and submit Doritos commercials. The company receives hundreds of entries, narrows these down to a series of finalists, then allows the public to vote on their favorite video.

The prize? The winning commercial is aired during the biggest ad event of the year— the Super Bowl.

The contest is successful not only in the amazing amount of visibility it brings to the brand (and the money it saves on creative for its Super Bowl ad), but in the way it incentivizes the public to think about the ways they engage with a simple nacho snack chip.

Companies marketing new food products could look to Doritos' example. If there is a way to devise a storymaking campaign that would not only convey your food brand's story, but encourage people to share the ways that they enjoy your product, why wouldn't you take that opportunity?