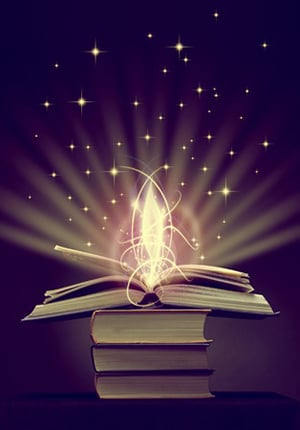 Building a brand story isn't just about creating snappy advertisements and designing innovative food packaging. It's also about cultivating an image of your impact on the community. This has never been more important. Millennial consumers— now the largest age demographic— are more inclined than any other cohort to base their purchase decisions on impressions of a company's ethics.

In order to show impact, you need to engage the community. In some ways, that may be easier to do for smaller businesses, in which leadership is less removed from day-to-day interactions with customers. But some food industry giants like Kraft, General Mills and Nestle are managing to pull it off.

From its beginning in 1996, General Mills' Box Tops for Education program, which provides a 10 cent donation to a recipient school for each clipped box coupon from a participating product, has been immensely popular with consumers— and especially with mothers of small children.

The program simultaneously builds brand loyalty and ethical equity. Over 80,000 K-8 schools nationwide currently participate. Parents and children bring clipped box tops to their schools, which in turn send them in to the Box Tops program in exchange for a cash donation. Schools are free to use the money they garner for any use they see fit.

In addition to General Mills, several other consumer goods brands, including Hanes, Hefty, Horizon Organics and Ziploc, have joined the effort, making for a highly visible and successful fundraising and goodwill-building venture.

For over 30 years, Kraft Foods has partnered with the Feeding America network— the largest domestic hunger-relief organization in the US— to provide over 3.3 billion meals annually to an estimated 46 million recipients. The network links 200 large food banks and more than 60,000 pantries and meal programs. In addition to providing day-to-day meals and food services to the underprivileged, Kraft and Feeding America lend direct assistance— in conjunction with Allstate, Kellogg's and other corporate partners— to stateside disaster zones.

In 2014, Forbes reported that Feeding America was the third-largest charitable organization in the nation, with $1.86 billion in private gifts— a 23 percent increase over its 2013 fundraising efforts. The magazine also touted the charity for its 99 percent efficiency rating; for every dollar it raised in 2014, it spent only one penny. All of that adds up to highly successful (and highly visible) community involvement effort for Kraft.

And Nestle's efforts are not limited only to the developing world.

In the US, Nestle is changing its packaging practices to reduce PET use and encourage recycling. It has partnered with the French government to produce meaningful reports on its environmental impact reduction efforts. Across the Eurozone, it switched last year from using ozone-depleting chemical refrigerants to natural refrigeration means in all of its ice cream freezers.

Its efforts have been recognized by external reviewers, too. In 2013, Nestle was named a top performer for action taken on climate change in CDP's "Global 500 Climate Change Report." And the company's initiatives have consistently been cited in Dow Jones' Sustainability Indices review.

It's not enough to blog about what you would like to do or plan to do. In order to build goodwill and brand equity— especially among young adults— you need to show what you are doing, on a corporate level, to affect real, responsible change in your community.

You also need to publicize those efforts in ways that are easily shared in the blogosphere and over social media— videos on YouTube and Vine, pictures on Instagram and Twitter and other platforms designed to propagate virally— to help your brand loyalists to curate and spread your story.