From Grocery Stores to Restaurant Kitchens, Bacon is a Staple Food 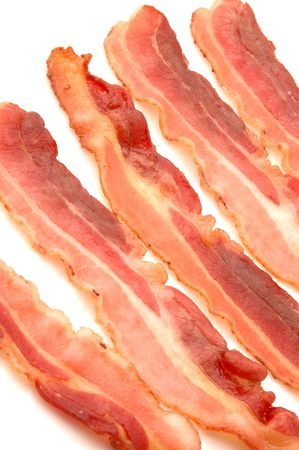 Today’s consumers are an increasingly health-conscious bunch, demanding organic and natural foods that have been locally sourced from nearby farms and orchards, but they have not let up on their demand for bacon.

Bacon has long been a breakfast fixture in households and pancake restaurants, but in recent years it has appeared at all times of day and everywhere from grocery stores to fast food establishments to exclusive restaurants.

Though there has been some concern that the rising cost of bacon may have a negative effect on the consumer demand for this crispy food item, American eating habits have weathered the storm. The popularity of bacon continues despite rising costs. Last year, 44 percent of Americans reported that they ate bacon within the past two weeks in a poll conducted by NPD Group and cited in Bloomberg.

Since bacon is now a staple food, and an ingredient that many consumers have grown to expect and continue to demand, the entire food service industry— from wholesale and retail sales to restaurants and hotels to manufacturers— must consider the best ways to incorporate bacon into its product line-up.

Going Beyond Bacon and Eggs

Bacon is no longer just a breakfast food, although it remains the most common breakfast meat served.

When eaten at home, it is most often a breakfast food served with eggs, though it is also a favorite sandwich filler, salad topper, and vegetable garnish. At restaurants, bacon has been incorporated into all kinds of recipes. Bacon ice cream, bacon muffins, bacon-wrapped chicken and shrimp, and bacon pizza are just a few of the more innovative culinary creations of recent years.

Consumers now perceive that the presence of bacon on a plate adds value to the dish, and the bacon craze has become trendy in upscale and gourmet restaurants. More than three-quarters of fine-dining restaurants include at least one menu item with bacon. Such restaurants may use artisanal varieties of bacon to prevent the trend from becoming old or hackneyed.

The National Pork Retail Board has reported that midscale independent restaurants have accounted for almost one-third of bacon use, but other food service establishments are also capitalizing on customers’ demand for bacon.

These days, most fast food restaurants include bacon on their menus— served at breakfast, in burgers, and in sandwiches. Although bacon has also increased in price the perceived value it adds to a menu item is enough to justify a compensatory price increase.

The following examples demonstrate the widespread nature of bacon in fast food and casual dining restaurants—even in “healthier” menu items:

Even Panda Express, a Chinese American fast food restaurant, has jumped onto the bacon bandwagon to satisfy consumer demand. Debuting an orange chicken with bacon entrée that it has described as a “twist on America’s favorite.”

Bacon consumption continues to account for almost half of all breakfast meat consumption, and consumers have paid more than $2 billion annually for refrigerated bacon products. The craze is also evident outside the refrigerator section, with bacon-flavored popcorn, salt and crackers now available in mainstream supermarkets. Consumers continue to demonstrate their desire for bacon.

Bacon prices may be at or near all-time highs, but this fact has not dampened enthusiasm for the product. The food service industry would do well to meet consumer demand by offering bacon in all types of settings and in everything from traditional breakfast dishes to unexpected desserts.