Is the Demand for Faster, Fresh Food Thawing the Frozen Market? 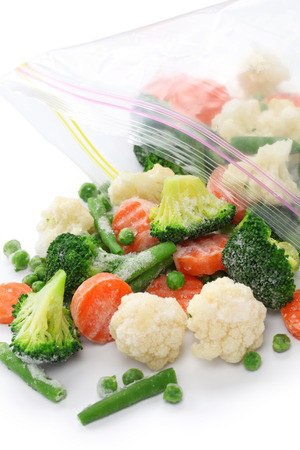 At first, it seems like a contradiction: fresh, healthy meals that are also frozen. But thanks to food innovation, organic produce and natural ingredients can now be frozen at peak freshness— and that’s good news for consumers and food manufacturers.

After several years of decline, frozen food sales are expected to grow by $1 billion in the next five years, according to market research firm Packaged Facts. Gone are the days of frozen meals packed with enough salt and fat to induce a near heart attack upon the first bite. In their place are organic, low-sodium entrees that are vegetarian and vegan-friendly – and redefining the frozen food market.

While the demand for fresh, whole foods remains strong, so, too, does the consumer’s need for convenience. Premium brands offering frozen foods made from organic or natural ingredients are capitalizing on this convergence.

The Atlanta-based brand Luvo sells frozen entrees like kale ricotta ravioli, frittata with sweet potato mango hash, and a red-wine braised beef and polenta. Luvo relies on herbs and spices to enhance flavor, which allows the brand to cut down on salt, sugar and fat. Most meals average between 220 and 500 calories and contain less than 500mg of sodium, according to Meat+Poultry. Luvo’s also uses parchment paper pouches to evenly steam cook the entire meal. This food innovation further differentiates the brand from the traditional image of frozen meals that are either soggy or overcooked and dry when they come out of the microwave.

In addition to Luvo, major players in the fresh-frozen food industry include Berkeley, California based Annie’s and Amy’s Kitchen, based in Petaluma, California. Annie’s makes frozen snacks, entrees and pizzas that are free from artificial flavors, preservatives and synthetic colors. Amy’s Kitchen is a privately held manufacturer of organic meals and snacks that are Non-GMO Project verified and contain no hydrogenated fats, meat, fish, shellfish, poultry, eggs or peanuts.

A decade ago, such dishes might have been relegated to a small specialty section of the frozen foods department. Today, they’re front and center.

Both brands are in a state of expansion. Amy’s Kitchen recently announced plans to convert a former Heinz Ketchup plant in Idaho into a new kitchen operations center. While Amy’s Kitchen remains privately held, General Mills recently acquired Annie’s—a move that reflects an increased awareness among major food manufacturers that frozen products identified as natural or organic are more appealing to today’s consumers.

How Food Innovation Is Shaping the Future of Frozen Foods.