Should Your Restaurant Be Taking Cues from Street Food Trends? 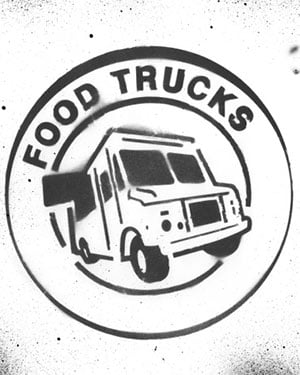 Over the past few years, food trucks have been one of the hottest culinary trends in America, enjoying some of the most rapid growth in the food service industry— particularly in progressive, mid-to-large metro areas. Yet, in 2009, food trucks were virtually unheard of.

Had you asked your patrons to describe one, you would probably have gotten a wary, somewhat disgusted description of a hot dog cart, Italian ice stand, or worse, a carnival-following roach coach.

All that changed quite rapidly.

This year, Datassential— a custom analytics provider for restaurants and other food service industry businesses— surveyed American consumers and found that not only had 75% of them heard of the food truck resurgence, they had tried and been influenced by them.

Food truck experiences are now driving purchases at the grocery and at traditional brick-and-mortar restaurants. They are setting the pace.

The case for Korean… tacos?

Maeve Webster, writing for Datassential, recounted the story of Kogi BBQ, a Los Angeles-based, family-run food truck that began operations in 2009, serving up Korean-BBQ fusion tacos. The business was wildly successful. Today, it has expanded to include several food trucks operating in different areas of the city and two sit-down restaurant locations.

Importantly, it influenced other food trucks and other restaurants elsewhere.

Today, there are Korean fusion taco trucks in cities like Cincinnati— a town that, to outsiders, has never had a reputation for any food innovation other than a rather curious form of Mediterranean cuisine-derived chili served over spaghetti. Old-school, sit-down causal chains like TGI Friday's began, for a time, serving up Korean steak tacos.

But, as Webster pointed out, this is not all that surprising as over 10% of food trucks are serving fusion, or "Mixed Ethnicity," foods. For a melting pot culture obsessed with instant gratification and new, bold tastes, the novelty factor alone is probably enough to drive the market forward.

Moreover, because they are served on food trucks, the dishes must be simple to make. They must have a limited amount of cook time and a limited number of ingredients. They have to be fast, because if there's one thing that's a death sentence for a food truck, it's slow service.

Busy lunchtime professionals and short attention-spanned 2:00 am revelers will pass up any food truck that can't deliver the yums quickly.

And because those dishes are simple and fast to make, they're easily incorporated into the menu for any sit-down fast and fresh concept. Many are easily packaged and frozen for retail.

That's right— the young, single adults who go out most love them. Those are the people who date, who go out with large groups of friends, who incessantly post on social media and who have disposable income.

But they're not just for the young and trendy. Older audiences have caught on, too. Everyone, it seems, loves adventurous taste. According to a survey by The Caterer, 80% of consumers report they like food trucks precisely because food trucks offer a sense of culinary adventure.

With so many tastes beyond traditional American burger-and-fry fare, they are a safe way to try new foods on the go, without having to commit to a full, sit-down restaurant dinner, with its added service charges, reservation times and parking charges.

They offer consumers the chance to try smaller portions of restaurant-quality food for a reasonable price: instead of paying $20 for a full entree with side courses at a downtown, critic-pleasing fusion bistro, one can nibble on a Korean steak taco out on the fountain plaza at lunch and get a feel for the cuisine for under $5. Thereafter, the consumer will have a better idea whether that bistro is worth a try and a $150 tab.

So what are the takeaways for restaurateurs?

If you have a traditional, freestanding restaurant and you want to drive customers to it, you might consider opening a side food truck business.

The overhead is manageable— lighter taxes (only sales tax, food service license and vehicle registration to worry about), low staff costs (only one or two people can typically man a food truck at any given time, and you only need it open for a couple hours a few times a week to make inroads with your audience) and minimal food cost (simple recipes, smaller portions and fresher ingredients mean less food waste).

Best of all, your menu can change as often as you like. You can use your food truck as a rolling test bed— a focus group that pays you, if you like — for trying out new flavors that you could consider for your traditional establishment. Customers will even thank you for it; after all, they expect gourmet street food offerings to be more adventurous. When you find a dish that works, scale it up and put it on your restaurant's menu. Then use your food truck as a mobile billboard for it.

There's truly nothing like being a food ambassador out there, bringing your cuisine to the hungry, pedestrian masses. By getting out there, you'll be able to hear and see consumers' reactions instantaneously, firsthand, without being able to hide in the insulation of your kitchen.

While that might seem a terrifying prospect at first, you'll soon come to appreciate it. You'll be privy to better, more honest reports from your patrons. True food innovations start with personal interactions between the chef and his or her guests, not on a marketing manager's drawing board.