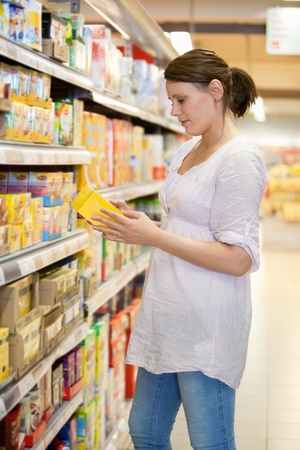 As we have previously discussed on this blog, your food packaging design can make or break your sales. Not only does your packaging have to preserve your product on the shelf and keep it safe for consumption, it has to play better to your targeted consumer segments' purchase motivations than every other item in the store. And given that American grocery customers have, on average, 1,000 times as many choices as items in their carts come checkout time, that packaging has to stand out.

Successful food companies are those that understand this and design to it. They also understand that branding and image often matter as much, if not more so, to the consumer than the actual contents of the package. To that end, let's take a look at some of this year's winners and see what they have done to win over consumers' hearts, minds and wallets.

Keying in on consumers' demands for regional tastes, Williams-Sonoma took its line of barbecue sauces in an entirely new direction. With bold (if not downright odd-sounding) flavors like Spicy Root Beer and Maple Mesquite, the company needed packaging that would catch customers' attention.

Pavement, the creative agency Williams-Sonoma contracted with to redevelop its barbecue sauce packaging, tapped into the current trend that favors locally sourced ingredients and craft food production. They decided that the Mason jar— that staple container of home canning and preserving— would key in well on consumers' sentiments.

For consumers in the South, where every state has its own strong ideas about what barbecue should and should not be, and where every local seemingly has his or her own special, secret sauce recipe, the Mason jar packaging will also naturally evoke the romance many consumers feel for the tradition of backcountry moonshine distillation. Not only does that speak to consumers' feelings of regional pride and to their desire for handcrafted products, but it also stokes the feelings of individualism that so many consumers in the South cling to, and that many consumers outside the South assign to that region.

Step One Foods, based in Minnesota, is a company that manufactures and sells foods that are doctor-designed to be tasty and heart healthy. The products are sold online as part of a wellness program that purports to be able to help patients stave off chronic diseases (and the need for medications) by encouraging them to make healthier diet and lifestyle choices.

Their core consumers are thus healthcare practitioners and their patients.

Step One needed a way to motivate consumers to stay on their wellness programs. Before their successful rebranding, patients would buy Step One products once or twice, but the products would languish in home pantries, next to more attractively-packaged, less-healthy options, and consumers would not be motivated to continue using them. The new packaging, designed by Ideas That Kick, features a heart health-evoking red and white color scheme, large, appealing product photos and a stethoscope-forming-a-heart-shaped logo.

“We created double-front packaging that is retail shelf-ready. Beautiful new photos and a well-defined content hierarchy make Step One an easy shopping decision that just so happens to be good for you, too,” said Stefan Hartung, executive creative director for the design agency.

There's no question that the trend toward craft brews now dominates the beer market. Consumers have abandoned Big Brewing titans like Anheuser-Busch and Miller-Coors in droves and flocked instead to smaller producers that promise exacting standards, exotic tastes and appealing, funky packaging.

Even as tastes have proliferated to the point of near-absurdity (watermelon-flavored beer, anyone? How about beer with moon dust in it?), the underlying factor that drove consumers away from bland Big Beer is still there: customers were fed up with inferior, homogenous products and demanded a return to careful, old-fashioned brewing techniques.

To capitalize on those sentiments, Edinburgh-based brewer Innis & Gunn (which was founded 2003) contracted with New York creative agency Stranger & Stranger to redesign its bottles and labels.

The new design evokes an old-fashioned look, reminiscent of the brewing industry's golden age in the late 19th and early 20th Centuries— long before Innis & Gunn's master brewer was a glimmer in his father's father's eye.

Food Packaging Design Matters. Know Your Consumer Base First, Then Get Creative.

That's going to take a lot of focus grouping and market research, and a partnership with a proven creative agency. But by staying abreast of new food trends, your company can tap into customers' sentiments and stand out better on the shelves than your competition.