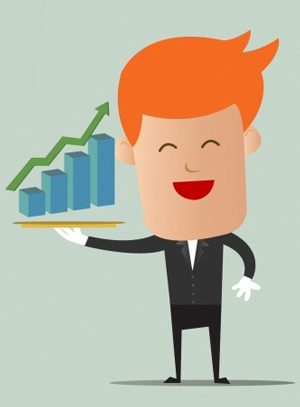 When the American National Restaurant Association released its culinary forecast for 2014, chef’s across the country agreed that “healthy” and “sustainable” would dominate restaurant menus and food culture in the upcoming year. And they weren’t wrong.

If you’ve been trying to keep up with the health food craze, there are a few current trends that you’ll want to keep an eye on.

Cauliflower is the newest veggie darling of U.S. chefs. The knobby, alien looking thing that, as a kid, you probably pushed off your plate or fed to the dog is finally having its day in the sun.

High in nutrients, vitamin C and dietary fiber, the black sheep of veggies is being roasted, grilled, fried, smoked, and seared for a variety of dishes. According to The Food Network, chefs and culinary enthusiasts are using cauliflower to make guilt-free versions of comfort food favorites—from mac and cheese to mashed potatoes. The once unpopular, pale relative of broccoli and kale is even turning up in popular ethnic dishes like tabouli.

Small plates may have landed a few years ago, but downsized dishes continue to be one of the hottest trends in restaurants and food service. Small plates have a long and varied culinary tradition— from Spanish tapas bars to upscale restaurants offering a “chef’s menu,” of special, sampler-sized fare, less certainly can be more.

The smaller portion trend has been embraced for two reasons.

First, small plates are typically consumed socially. It’s a style of dining that enables consumers to sample a variety of different foods. Second, smaller portions are better for patrons’ waistlines, and being that the nation’s obesity rate for 2014 stands at 27.7%, small plates are more of a necessity than a passing fad.

Can the locovore movement get any bigger? The local food revolution shows no sign of slowing down in 2014. However, while locally grown produce and field-to-plate famers’ markets continue to surge in popularity, consumers are predicted to expand their back-to-the land horizons with more locally sourced meats and seafood. What’s on tap in the beverage department? How about a locally crafted beer? Recent figures reveal an 18% increase in U.S. craft beer production volumes compared to the same six-month period in 2013.

According to a survey conducted by ConAgra Foods, a significant number of Americans are opting to eat breakfast at home. High protein options like meat, yogurt, and eggs are the preferred choices for the first meal of the day. Protein’s popularity ebbs and flows— one year it is flying high on a fad diet craze, and the following year it is shunned. But, this year, with the Paleo Diet in full swing, the protein content of all foodstuffs will be pumped up and spotlighted for the foreseeable future.

According to current estimates, up to 25% of Americans seek out gluten-free foods in an attempt to maintain a healthier diet.  Consumers with food sensitivities and allergies, as well as those looking to cut out processed foods with highly refined starches from their diet, will continue to have various gluten–free food choices at grocery stores and restaurants. While people with celiac disease need to strictly avoid gluten, the protein has become the new carb for alternative health practitioners.

Though new trends in food service can change quicker than the latest fashions, these substantial trends may stand the test of time in the fickle foodie world.