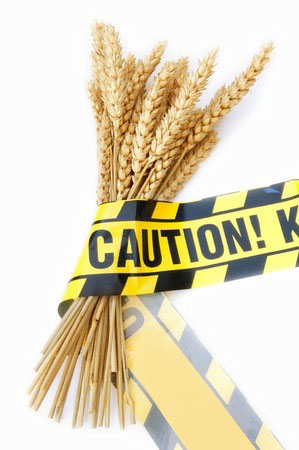 Despite dubious scientific claims concerning the negative health effects of gluten, the gluten-free trend appears to be here to stay-- at least for the foreseeable future. In fact, a recent New York Times article reports that "more than a quarter of Americans claim to be reducing consumption of foods containing gluten or eliminating gluten from their diet entirely."

As food service industry trends go, gluten-free is making an even bigger impact than organic, veganisim or sous vide.

While the gluten-free craze is going strong-- and is even a point of pride for some conscientious eaters-- the science behind the diet is still a little fuzzy.

Comedian Jimmy Kimmel wanted to prove his suspicion that many people adhering to a gluten-free diet really didn't know what gluten was. The video he made is a hilarious illustration of how many popular food service industry trends are not based on scientific facts but more on the group psychology of diners and the human need to identify with like-minded individuals.

A protein composite found in rye, wheat, barley and other similar grains, gluten is the ingredient that makes dough elastic when uncooked and chewy when cooked. Gluten also helps dough rise and retain its shape to make bread loaves, rolls and other bread products.

Gluten is not, like high fructose corn syrup or trans fat, categorically "bad" for you. Gluten has not been linked to an increased risk in cardiovascular diseases nor is it even remotely carcinogenic.

Eating gluten, however, has been known to cause health problems for some individuals.

Celiac disease is, according to the Celiac Disease Foundation, a hereditary autoimmune disorder.

When people with celiac disease eat gluten, their body mounts an immune response that attacks the small intestine, damaging the villi (small fingerlike projections that line the small intestine that promote nutrient absorption). When the villi are damaged, nutrients cannot be absorbed properly into the body.

In the United States, some 2.5 million people are at risk for long-term health complications due to undiagnosed celiac disease.

Gluten sensitivity, a catch-all term that is used to refer to any kind of gastric upset that seems to result from eating gluten, is another matter.

There has been heated debate over the legitimacy of this diagnosis after Dr. Peter Gibson, the Monash University gastroenterology professor who first discovered that gluten could cause gastric distress in individuals without celiac disease, disproved the results of his first study.

While it is a medical necessity for people clinically diagnosed with true celiac disease to eliminate gluten from their diet, those self-diagnosing themselves as gluten intolerant may, in fact, be suffering from something completely different.

Perspectives regarding the adoption of eating gluten-free foods differ greatly, from those who dismiss it as a "trend embraced by the rich, white politically left" to those industry insiders who predict "the broad acceptance of gluten-free foods will fade as quickly as the low-fat SnackWell cookie craze of the 90s."

But for now, restaurants must accommodate customers asking for gluten-free dishes because so many customers won't eat foods containing gluten. Both fine dining and fast-food restaurants must seriously consider how they can redo menus, suggest popular dishes and assure guests that what they eating does not contain the dreaded gluten proteins.