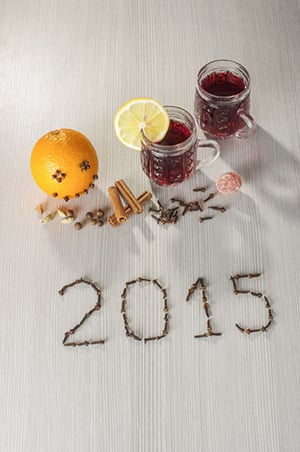 We're moving into the new year and food pundits everywhere are busy making predictions about what the hottest food trends of 2015 will be.

There's no doubt that the US consumer foods market is undergoing significant changes, as eaters increasingly demand convenience, health and sustainability. Trends like natural foods, home sous vide cooking and gluten-free products have reshaped grocery markets and restaurants alike. And we have younger adults to thank.

The impact of Millennials and Gen Z.

“An overarching theme here is the presence of millennials,” Kara Nielsen, culinary director at the Sterling-Rice Group told Food Business News' Monica Watrous. “This bigger generation is influencing the deeper flavor exploration that we’re seeing, to continued exploration of wellness ingredients and foods that are better-for-you, and then we also have a few trends that reflect community connection, both to other elements of the food community as well as connections with the past and tradition.”

"Those born after millennials, or starting in 1995, crave more flavors and variety than earlier generations yet also have a focus on simplicity and health," said the Chicago Tribune's food writer, Jessica Wohl, writing of her interview of Phil Lempert, a former brand researcher for ConAgra.

So if deeper explorations of flavor potential are going to be the order of the day, let's take a look, then, at what the projections say about 2015, and what you and your food company should be focusing on producing and marketing now.

Following on the heels of the hot sauce craze and Sriracha-gate in 2014, many experts believe that smoked flavor foods will be a big ticket item on grocery store shelves in the coming twelve months. There are already smoked craft beers on the market, as well as traditional smoked meats. Smoked cheeses and smoked or grilled flavor vegetables are also popular in the store aisles.

And the barbecue market is more popular than ever, thanks to food network programs touting it as an American original, festivals devoted to promoting barbecue competition between grill masters, and the proliferation of sit-down, regional barbecue chain restaurants that appeal to younger consumers.

There are various ways to get in on the smoke trend and add that fresh-off-the-fire mouth feel to your recipes, and not all of them require going out and investing in a high-end smoker. Liquid smoke can easily be added to a recipe to give a dish an earthy tone and savory palette, and it is now being produced in a wide variety of wood flavor types, from oak and hickory to char-grilled mesquite.

Consumers aren't souring on fermented foods. They're buying more than ever.

As Americans have become increasingly concerned with promoting digestive health through the use of probiotics, the market for fermented foods like kombucha, kefir, yogurt and kimchi has taken off. No longer relegated to the health food store, these natural probiotic products have gone mainstream and can now be found on the shelves at most major grocers' stores.

Sales of yogurt and kefir alone rose 20.4 percent in the period 2011-2013, according to Food Navigator-USA. That's quite a rise, given that Lifeway— the most prominent producer of kefir for the mainstream American market— has only been around since 1986 and didn't begin mass-marketing its signature product until the mid-2000s.

Your fortune may lie with Asian-inspired cuisine.

"Fare from the Far East has become a growing trend in fine dining, food trucks and everything in between," wrote Watrous. "The newest wave of Asian flavors are spicier and more complex."

Northern Thai-inspired dishes, Filipino foods, Japanese matcha and umami-rich tastes are on the crest of that wave, as are trends like bubble tea parlors and stateside curry houses (an import largely from the United Kingdom, where curry is king).

“What we’re seeing are restaurateurs and food lovers that may have come from an Asian background or are familiar with deeper level of Asian foods and bringing into marketplace currently mostly in the restaurant format,” Nielsen told Food Business News. “There’s a deeper exploration of funkier, fattier, hotter flavors.”

2015 looks like it may end up being the most flavorful year yet.

You should be looking at food trend— like sous vide recipes, Asian cuisine and the surge in smoked or fermented foods— and coming up with recipes that will help your company to cash in on the demand. Be wild; be daring. Your food consumers, and particularly those all-important younger adults who have disposable income, are demanding it.