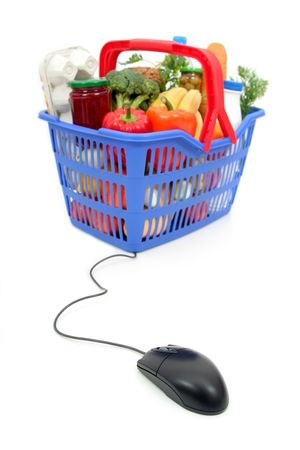 Writing in Forbes, Food Tech-Connect founder Danielle Gould said “We are at the beginning of the most radical transformation in our food industry since the Green Revolution. The Internet has, she notes, democratized and redefined how food is developed and distributed.

Indeed, one of the hottest areas for venture capitalists is food technology.

In 2013, more than $145 million was invested in start-ups covering areas such as disruptive agriculture, robotics and precision agriculture, clean tech and animal health and protein production.  Not to mention about a dozen start-up enterprises focused on home delivery of food.

Fueled by this massive influx of venture capital money, food technology is evolving at an astronomical rate.  In today’s post, we will take a look at just a few of the innovations that will forever change our relationship with food.

Consumers who are too busy to head to the store or local restaurant may soon find themselves able to print out their next meal on the cheap.

Edible 3D printing emerged several years ago with Cornell’s Fab@Home Printer. The syringe-based machine works like an inkjet printer, depositing layers of viscous liquids to build up an object according to a user's uploaded design. The machines can pump out a wide variety of foods these days—candy, chocolates, pancakes, even pizza.

3D food printing holds the promise of creating novel consumables with personalized nutritional content. In Europe, for example, companies are researching how to use 3D food printing to help nursing home residents who suffer from dysphagia and have trouble chewing and swallowing food. These elderly people typically get their meals in the form of an unappealing milkshake of pureed chicken and broccoli, for example, leading to loss of appetite and malnourishment.

But other innovators have been experimenting in the retail application of the technology in Barcelona and New York.

Scientists, philosopher and politicians have long been interested in the idea of creating artificial meat products in the laboratory.  In fact, Winston Churchill once said:

“We shall escape the absurdity of growing a whole chicken in order to eat the breast or wing, by growing these parts separately under a suitable medium.”

Known as in-vitro or cultured meat, this type of meat is an animal flesh product that has never been part of a living animal.  Numerous companies and individual entrepreneurs are already exploring the practical application of in-vitro meat from cow stem cells.  Many who have tasted the cultured meat are impressed by the flavor and texture. The problem is the cost.

One hamburger grown from cow stem cells can cost between $250,000-300,000… not exactly a “value meal” at this point.  With aggressive funding and on-going research, however, those involved in in-vitro meat development predict that product can hit grocery shelves within 10-15 years.

By the year 2050, nearly 80% of the earth’s population is expected to reside in urban areas-with total population projected to exceed 10 billion people. Such growth and the related population density will put tremendous pressure on food development and distribution strategies.  In this regard, most futurists agree that the traditional mode of “horizontal farming” will not be able to sustain this population growth.

While not a new concept (the term was coined by Gilbert Ellis Bailey in the early part of the twentieth century), vertical farming has gained popularity and importance in recent years, driven both by the rapidly-expanding global economy and the afore-mentioned capital investments.

In vertical farming, greenhouses, where hydroponics and LED lighting are used to grow food, are stacked on top of one another and produce crops year-round.

Today, there are seven, large-scale vertical farms in operation around the globe. Most experts in the field expect global companies such as Wal-Mart will invest in vertical farming as a means of producing their own food.

Science has been working with nano technology for years.  But, now, it is making its way into food laboratories around the world. This is particularly true in the development of foods that are healthier to eat. Manipulating food at the nano level has the potential, for example, to help develop lower fat foods that taste great.

Winston Churchill might have been on to something when he suggested the absurdity of growing a whole chicken just to get a chicken wing.  Therein lies the promise of new food technology: we can feed more people, more nutritiously, with greater efficiency… and perhaps have some fun doing it at the same time.