Easy Ways to Lighten Your Menu or Product Offerings 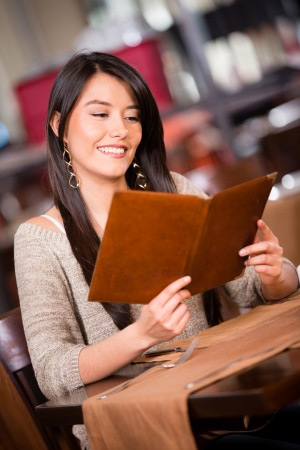 According to the National Restaurant Association, 73 percent of Americans now say that they make more healthy food choices at restaurants than they did two years ago. So why are we still facing a growing obesity epidemic?

As Americans continue to demand more health-conscious dietary choices, they show no signs of decreasing their overall food consumption. It's a bit of a paradox. Even with pressure coming from all sides — from health providers, employers, insurers, the government and (curiously) the public itself— for someone to do something about the obesity problem, the overall demand for food shows no signs of decreasing stateside.

According to USDA, food expenditure through October of 2014 was up for every month, except March, relative to the same month in 2013. Yet somehow, the national push is to slim down and become more healthy? How?

If we are, as a nation, unwilling to reduce our food volume intake, only two solutions are left— to increase our aggregate activity level, or for the food industry to produce ever-lighter fare. Naturally, both measures are bounded; there are only 24 hours in a day, and there's no such thing as a negative-calorie food.

But there are ways to slyly reduce the caloric load you deliver to your customers. Employing simple substitutions and bringing innovative new, low-calorie food products to market could help you to help them— and increase your market share to boot.

We've talked before on this blog about the surge in availability of "meatless" protein choices in mainstream groceries and restaurants. New, vegetable-based protein products like Gardein or Morningstar offer similar consistency and volume to their traditional, animal-based counterparts, but have the added advantage of being cheaper to produce and, often, feature less saturated fat and fewer calories.

So how hard is it for a restaurant to offer a burger made either way? Indeed, Burger King — the great progenitor of "Have It Your Way"— now offers a Veggie Burger. The meatless (it's made with a Morningstar patty) option is a healthier counterpoint to its signature cholesterol bomb, the Whopper. Whereas a Whopper (with no cheese, mind you), has 650 calories and 11 grams of saturated fat, the Veggie Burger has a more reasonable 390 calories and only 2.5 grams of saturated fat (less if ordered without mayo).

Aside from the patty itself, the ingredients for the Veggie Burger product are the same as for the Whopper— same bun, same ketchup, same mayonnaise, same veggie prep. It's that kind of forward-thinking modularity that you could employ to lighten up your own menu.

Meatless options are a way to go, not the only way.

Let's say that you're re-evaluating your breakfast service. You have "sausage biscuit" on the menu. Couldn’t you just as easily offer the customer build options— pork sausage, leaner turkey sausage, or vegan sausage? Can't you avoid buttering the biscuits as a matter of course and offer butter only as a side condiment?

Fast-and-fresh restaurants, for the most part, do a wonderful job of offering this sort of simple-build customization. Chipotle and Qdoba, for example, allow customers to forego the high-calorie tortilla and instead order a burrito bowl. Same ingredients, minus one.

Give your customers the option to make a healthier choice. You can even incentivize them to do so, as the new federal mandate to list calorie content on menus sought to do. But instead of viewing it as a requirement that must be fulfilled, approach it as an opportunity to address your consumers' healthy aspirations.

Market the difference between the original product and the newly available, healthier substitution option you're offering. Often, you'll find that consumers will opt for that healthier option, and at no significant cost to your turnaround time. And you'll look like a caring visionary for having made it possible.