Is the Food Service Industry Over-sharing Its Production Secrets? 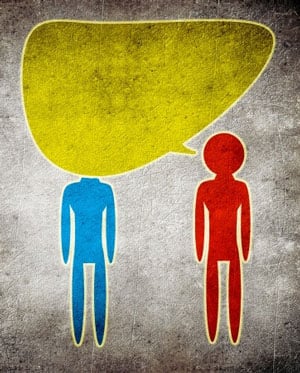 Since the inception of the first fast food chains in the mid-twentieth century, the quick-service food industry has blossomed. For several decades, consumers clamored for their favorites – ordering such fast-made fare as hamburgers, tacos, French fries, and fried chicken. Consumers didn't care to ask how these items were produced, and the fast food industry did not volunteer details.

Recently, though, the fast food industry has been forced to divulge some of its secrets-- from what ingredients it uses to where these ingredients come from. The consumer demand for more transparency has led many fast food chains to open up about their industry secrets, but some may be sharing more information than they should.

And the food service industry will need to keep abreast of these concerns and, as always, cater to the ever-changing needs of consumers.

An early incident in the trend of increased interest in the fast food industry led to Taco Bell sharing one of its secrets about ingredients.

In 2011, an Alabama law firm sued Taco Bell for claiming to use “seasoned ground beef” when its taco filling contained only 35 percent ground beef. Taco Bell was forced to respond, disclosing that its filling has a higher percentage of beef and a significant proportion of FDA-approved flavor enhancers.

The lawsuit was dropped, but not before the secret was out about which artificial ingredients the fast food chain was using in its products.

Increase in Consumer Awareness of the Fast Food Industry

The uproar over Taco Bell’s taco meat ingredients has since died down, but interest in the fast food industry’s production processes lives on.

The food service industry can no longer get away with using artificial ingredients and "scientific" names, as exposed in the litigation against Taco Bell, without being questioned. And while Americans will continue to patronize the quick-serve establishments, today’s consumers want natural products without synthetic ingredients, willing to pay more for organic foods as they voice concerns over pesticides, their health, and the environment.

Anti-GMO sentiment is also strong. Although the scientific community maintains that genetically modified organisms (GMOs) and GM food have not shown any risk to human health, American consumers continue to express their concerns. Consumer advocacy groups demand that the agricultural industry, restaurants, and food manufacturers label GMO foods or stop using them altogether.

The Shift to Natural Foods

Many fast food restaurants are responding by eliminating non-natural foods from their menus and publicizing or increasing their use of non-GMO and organic foods.

The Mexican-American fast food chain Chipotle, for example, advertises “food with integrity.” The chain uses organic and local foods “when practical,” although the definition of “local” is a generous 350-mile radius. Most of its pork, beef, and chickens are raised without hormones or antibiotics, although the chain does not define what “most” means.

Bakery-cafe Panera, has been pushing advertisements of their all-natural products and have stated their intention to begin using only all-natural, non-GMO ingredients. The casual restaurant already has numerous menu items that contain organic products, such as smoothies with organic yogurt, organic apple juice, oatmeal with organic oats, and grilled cheese sandwiches with organic cheese.

The Bottom Line for Fast Food

The food service industry may have revealed too many of its secrets, but it's too late to turn back the clock to a time when customers were blissfully unaware of how their fast food got into their hands. Fast food restaurant must make a concerted effort to incorporate more natural or organic foods into their menus in order to appeal to customers who have shown themselves willing to pay for what they consider to be more wholesome, higher-quality foods.