Reducing Food Waste: How Does Your Brand Stack Up? 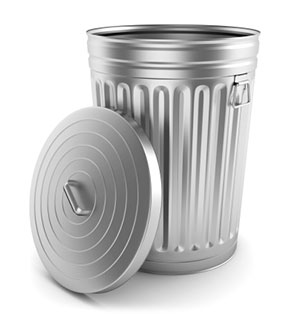 Waste is a real problem in the food industry, negatively affecting the bottom line for restaurants, caterers and food manufacturers alike. The US Environmental Protection agency estimates that food waste costs the commercial food industry more than $100 billion every year. Much of the 33 million tons of food that goes into US landfills annually— enough to fill the Rose Bowl completely every day— is avoidable waste.

That level of garbage production creates a serious environmental impact. Although organic food waste is biodegradable, when it is buried and compressed in landfills, it does not break down efficiently or quickly, thus contributing to the overall growth in landfill space. Some states, like Massachusetts, are now enacting laws that require restaurants and other businesses to reduce food waste and to divert it from landfills, under the threat of tax penalties.

Even when food does naturally break down, it releases methane and carbon dioxide — greenhouse gasses suspected to cause climate change— and noxious-smelling sulfates. When grease and fat are washed down drains, they can form "fatbergs" that clog water treatment systems. This costs municipalities worldwide millions of dollars and thousands of labor hours every year in emergency maintenance.

So how can restaurants and other food service providers avoid this costly mess?

Food innovation can help— or it can drive additional waste. The answer is to do what our ancestors did: find ways of using every last bit of animal or vegetable matter produced by agriculture, from farm to plate. And that takes careful consideration and creative menu-planning.

If producing a food item requires large, otherwise usable sections of a piece of meat or vegetable to be cut away, find a use for the unneeded portions, instead of casually discarding them.

If a menu item requires a one part of a special ingredient, make sure that the other, usable parts of that ingredient are utilized across the other items in your menu, but don't over-order shelf stock. If you do have a shelf or freezer full of items nearing their expiration dates, use them to make less-perishable goods, like soup stocks or invest in a dehydrator and use it to dry fruits and veggies that are about to go past their prime.

Food innovation doesn't have to be wasteful. It needs to be efficient and well thought-out. When you experiment in the kitchen, make sure you plan to use the whole ingredient, across your menu items. Get a well-established procedure for making a dish in place, then train your kitchen staff and your wait staff well, so that prep errors can be kept to a minimum. When errors do occur, have a plan for re-using or donating food that is edible, but not quite right for your restaurant's service. Reducing food waste in the aggregate starts with individuals' efforts.

1. How much garbage does the average American restaurant produce per year?

2. True or false? According to the 1976 Tax Reform Act, restaurants and chains that donate food inventory can claim a fair-value tax deduction. This includes single-owner franchises.

3. What percentage of food production is wasted annually in the US fast food industry?

4. When food is served on a large plate, leaving a lot of empty space, the consumer will believe he or she is less full upon consuming the food and is, in general, less satisfied with the value of the food purchase. This illusory / delusionary effect is called the:

5. What percentage of purchased food is estimated to become pre-consumer waste (food that is never served and thus becomes waste, due to a restaurant's procedures or errors)?

2.) False. Although the 1976 Tax Reform Act does allow restaurants and chains to claim a fair-value tax deduction for food inventory donated to charity, single-owner franchises are currently excluded from this benefit due to a failure by Congress in 2012 to renew the 2009 Extension and Expansion of Charitable Deduction of Contribution of Food Inventory.

3.) c.  According to a 2005 study by the University of Arizona, 9.55% of the total food used in fast food restaurants is wasted. Think about that in terms of burgers at McDonald's alone which, worldwide, reportedly serves 70 million people— or just shy of 1% of the planet's population— every day.

4.) c.  According to Cornell researchers, this effect is profound and causes consumers to over-order and overeat. Campers in their study ate 16% more cereal when they were given large bowls to fill, relative to campers given small bowls.

5.) b.  According to endfoodwastenow.org, pre-consumer waste includes "incorrectly prepared food, spoiled food, trim waste, or simply overproduction," and can be reduced by "donating to a food bank, assessing prep waste to determine poor practices or highly wasteful items, and creative re-use of certain foods," like making soup stocks out of expiring vegetables or meats, or turning day-old bread into croutons.

Does your organization have any measures in place to reduce food waste? Take the poll to see how you stack up and leave us a comment below!