Tempt a Better Buyer: Appealing to the High-End Food Consumer 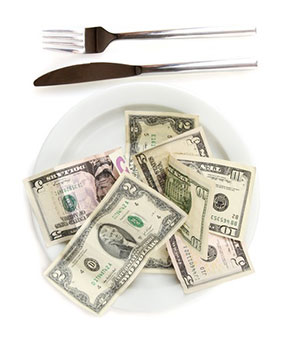 If there's one takeaway food service professionals can glean from today's market, it's that self-described "foodies" tend to be high-end consumers.

Foodies are not motivated by budget; they are motivated purely by food innovation—new tastes, experiences and assumed ethos. They are interested in novel processes and historic food preparation techniques. They value sustainable growth and locally-sourced ingredients. And they're willing to pay to get them.

So how can you tap into this market? Is it just a matter of hiring a new-grad, Hipster chef and fitting out a retro-accented dining room with all-recycled paperware? Of course not.

Here's how you can get beyond the hype and really get into the mindset of the high-end, taste-driven consumer.

Foodie-ism and the move toward fresher, locally-sourced ingredients is really a confluence of two factors.

One, Western consumers are much more health-conscious today than they were even 15 years ago. The data is in on heart disease, cancer and other chronic diseases related to diet and lifestyle, and the public doesn't like what it has learned about fast food and processed food consumption.

Consumers are also increasingly embracing environmentalism— or at least the rudimentary aspects of an environmentally-friendly lifestyle. People nowadays accept that rampant consumerism has had a dramatic, negative impact on the world's ability to sustain its human population.

People are recycling more. They're using less fuel. They're aware that the hub-and-spoke model of large-scale, industrialized agriculture results in environmental tradeoffs and less-healthy, less-fresh ingredients and are opting for organic, locally grown foods. And, again, they are willing to pay more, because they perceive these choices to be better for their health and the health of their communities.

Two, consumers are adventurous. They are absolutely in love with new taste experiences — the stranger, the better. Whether the perceived acceleration of this taste boundary-pushing is attributable to social media, blogs and the vast reach of the Internet is debatable; Westerners have historically enjoyed a taste of the exotic. But tastes for the new are certainly stoked by mass media— from celebrity travel-chefs like Anthony Bourdain to spectacle-based cooking competitions like Iron Chef.

Every time a TV viewer hears Emeril Lagasse's histrionic "kick it up a notch," or Gordon Ramsay's repetitious, cajoling "Simple! Russss-tic!" catchphrase, he or she is conditioned to view his or her normal, run-of-the-mill grocery purchases as somehow inferior and inauthentic.

Everyone searches for their own individualism. Under the crush of social media and an ever-increasing world population, it's getting harder and harder for an individual to stand out. But the desire to stand out remains strong, particularly among the key 25-34 age group that so drives food industry and restaurant trends. It’s what drives the Hipster aesthetic.

Young, trendy types feel they have to know more, be more authentic and be more ethically in tune with the world around them. They advertise their own brand of uniqueness on social media, on YouTube, in their style of dress and in their daily conversations.

But that elitist drive— to be seen as someone better, smarter, more conscientious than other peers— is also what drives young foodies to spend. And a smart food service professional can profit by it.

So how can you appeal to them?

High-end consumers— Hipsters and foodies— for all their pretenses of individuality, are quite predictable. If you appeal to their sense of elitism, you have them. But you have to be careful about being perceived as an elitist outlet. Because they'll swear up and down that they're not.

Source locally as much as possible. Call attention, in your marketing and on your menu, to your latest finds. Tell the story of your ingredients. If you are using a long-forgotten, nearly extinct strain of wheat in your bread, tell the consumer why it is important that this "heritage grain" be preserved. Speak their language.

It sounds cynical. Truth be told, maybe it is. There are certainly undercurrents of idealism that motivate any new foodie trend. And the desire to be more healthy and more sustainable in our consumption is real. But don't be blinded by hype and pretense.