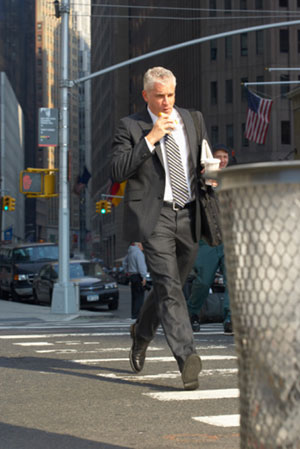 We've talked before about how one of the hottest food industry trends of the past several years — the gourmet food truck — has driven innovations in both cuisine and marketing. But there is some concern that meteoric proliferation has created an unstable, unsustainable market.

Some are predicting the bubble may burst soon.

So what’s the reality? Is the food truck a fad, or is it here to stay? What successes have food truck entrepreneurs realized to date and where have they gone wrong? Here's our breakdown.

Is the food truck past its prime?

The faddishness that first brought food trucks to the fore is definitely losing ground.

Let's face it— in 2014, there's a food truck on every corner. Even in their attempts to stand out from each other, by offering strange taste experiments like Irish-Eritrean fusion or wassail on the go (one supposes, for that busy downtown medieval vassal who is late for his next grain-threshing or sheep-shearing appointment), food trucks aggregate toward one common aesthetic— their rather palpable attempts just to be odd.

It's the same spirit that meme-ified "Keep Austin Weird." In striving to stand out as individuals, food truck entrepreneurs aggregate to form a new herd mentality. Counterculture will inevitably pass into the mainstream. It's the way of things.

Now, with food trucks on cruise ships and a food truck-inspired film, the blossom seems to be off the rose. But does that mean that the food truck is destined, as the Millennials grow up, to motor off into the sunset?

To understand food trucks, one must examine the case for food trucks.

Writing for Salon, author Daniel d'Addario seems to have identified the phenomenon's genesis.

"What was the food truck?," he asked. "It’s hardly a new phenomenon— they’ve been choking lanes in pedestrian thoroughfares for years— but some combination of a burgeoning foodie culture and an endless-recession emphasis on thrift have brought them to the fore as, effectively, restaurants. Prior to their reinvention as a mobile, gustatory signifier for that which is cool, they were the most efficient way to distribute simple food out there."

The pitfall, he notes, is that many food truck entrepreneurs focused all their efforts on novelty— unexpected flavors, app-based ordering, punk-inspired guerilla marketing and silly social media campaigns— but forgot the underlying economic trends that made food truck operations attractive in the first place.

That, according to d'Addario, is where venture death really lies in wait.

"There’s a twee effect at work here; food trucks are able to charge a markup or get placed in novel locations simply by dint of their veneer of hipness," he wrote. "Something utilitarian, a mobile restaurant able to serve a varied clientele quickly and economically, has been digested as kitschy fun."

Some food truck operators are opening freestanding restaurants. But the transitions haven't always been easy.

Food trucks have demonstrably shaped brick-and-mortar cuisine. Their abilities to directly market to hungry crowds and function as a de facto rolling test kitchens have undeniably been a godsend for some restaurateurs.

But, as Cincinnati-based Mr. Hanton's Handwiches (purveyor of the formerly unconscionably-named "Mussolini" Italian Sausage— now just Italian Beef Sausage sandwich — read your history before naming menu items, people) found out, it's not so easy to go the other way.

As a well-known food truck around the Cincinnati area, the business expanded in 2013 to include a storefront in a brand new, high-rent, mixed-use development in the uptown Clifton neighborhood. Banking that the gourmet hot dog and cheesesteak offerings which had proven successful on its mobile platform, as well as a location directly next door to the University of Cincinnati’s 40,000 hungry students, would be enough to sustain and grow its business, Mr. Hanton's went all in.

But in June, 2014, less than a year after having opened, the storefront closed down.

The model, it seems, had a flaw. And although Mr. Hanton's food truck still does a brisk trade on weekends outside trendy white collar bars, one is left wondering if the abortive attempt at a stationary location permanently damaged its long-term prospects.

And they're not the only ones.

Food truck operators nationwide have begun to feel the rubber band snapping back. Some are moving into more traditional catering businesses— keeping the low overhead model, but foregoing the kitsch— and some are getting out entirely.

As with all food industry trends, there is a boom and bust cycle.

Yes, the likelihood is that we will see a fall-off in the number of food trucks. But even before they became a hip trend, they had their place. Food trucks are rolling billboards. They're comparatively low on overhead. And they offer the perfect opportunity for taking a few risks with the cuisine.

Food truck patrons want— even expect— an element of strangeness and novelty in the food and in the presentation. It's OK for restaurateurs to get out there and have fun. But if you are trying to be hip just to be hip, you're probably setting yourself up for failure.

Keep things simple. Food trucks are great in that their limited space and limited cooking time also limit portion sizes, thereby driving down waste and food cost. Concentrate on providing simple, fresh food with a little flair. And once you find your productive parking locations, return to them again and again.

Stay flexible. Be agile. Use your visibility to drive traffic to your standalone restaurant, or to grow your food truck fleet, but never allow the allure of assumed hipness to blind you to business realities and changing food industry trends.