To GMO or Not to GMO: The State of the Genetic Modification Debate 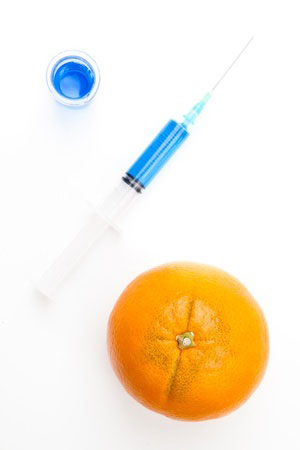 One of the greatest food debates of modern times has been on the safety of genetically modified foods.

Genetically modified seed strains are being introduced into the world’s crops at record pace through companies like Monsanto who have dedicated themselves to the pursuit of sustainable agriculture—a pursuit which has been the foundation of the billion dollar battle on both sides of the GMO spectrum.

Both GM proponents like Monsanto and its detractors see a bleak future for agriculture without intervention.

As the world’s population explodes to a possible 10 billion inhabitants by the turn of the 22nd century, we won’t have enough food to sustain the world. In order to meet this need in 75 years, our farmers will have to grow more food than has been grown in our entire human history.

GMOs provide a way to grow food that is impervious to disease, drought, rot and other uncontrollable factors, thereby increasing our odds for this massive food production. Scientists against GMOs, however, state that genetically modifying seeds will cause great health problems and actually be a step back for sustainability, as GMO seeds cannot be harvested and replanted.

And Easier Load for Farmers in the Fields

For those working with seeds and crops, the use of genetically modified organisms is a major step up from the use of hybrid seeds. 40 years ago the modification of seeds was a painstaking process that required the collection of pollen and carefully controlled planting schedules, the use of GMOs have progressed such advancements by light years.

Currently, De Jong must spend over a decade just trying to determine if a single cross-bred potato seedling will produce a plant resistant to viruses or pests. Using GM technology, however, would allow for greater speed and precision in the breeding of sustainable foods.

He and others in his field would save valuable time in the production of hardier and disease resistant crops. Such crops would lessen the need for pesticides and insecticides, thereby reducing the amount of toxins in the water, soil, air, and plants. De Jong adds: “There is not a single documented case of anyone being hurt by genetically modified food, and yet this is a bigger problem for people than pesticides, which we know have caused harm. I just shake my head in bewilderment at the folks who take these stringent positions that biotech should be banned.”

But it isn’t just natural threats that our food supply and those who grow it face. With political unrest and outright violence becoming increasingly common across the globe, the introduction of a seed strain that would be resistant to not just superweeds, but chemical weapons as well would seem like a major breakthrough.

But some experts aren’t so sure

For those against GMOs the relation to Dow AgroScience— who was the manufacturer of the chemical Agent Orange used for warfare during Vietnam— and the development of GMO seeds is a constant source of contention.

TakePart reports that Dow’s commercial corn strain will include a chemical called 2.4-D which was also used in the production of the defoliant in the 60s and 70s.

GMO corn has been a part of the commercialized crop for decades in the U.S. No in depth studies have yet been published that show health risks for GMO corn, which is prevalent in most food products ranging from cereals to processed foods.

2.4-D and Agent Orange, however, is well known for causing birth defects and cancer.  To now include this chemical in GMO corn is considered crossing the line from the purported benefits of GMOs to the health risks feared by those against the use of GMOs.