What Does Millennial Leadership Mean for the Food Industry? 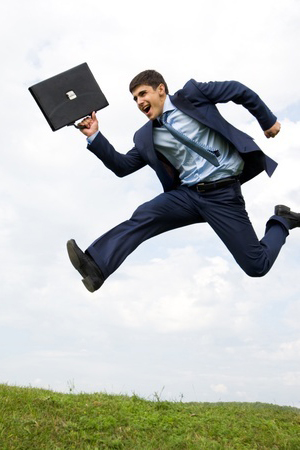 We've talked a lot about how Millennial consumers are changing the food industry, but what happens when Millennials are at the helm of corporations? Well don't look too far afield to find out the answer, because it's happening.

Young adults born after 1980 are increasingly taking the reins at large companies— including some food brands. And they are already shaking up the traditional decision-making, product development and marketing strategies at many of them.

According to marketing experts, the effect of Millennial leadership in the food industry should be profound.

"Millennials are paying close attention to the food they eat," wrote advertising veep and Forbes contributor Jeff Fromm. "This generation wants to know the story behind everything they eat. Food CEOs will make it a priority to label products well, educate and respond to consumer demand like never before."

Following the death of its founder and longtime head John Galardi, West Coast hot dog chain Wienerschnitzel found itself lacking a clear direction and in a quandary about how it could best engage Millennial consumers.

In an age when young adults' visits to QSR restaurants are falling off, and "fast, fresh and healthy" are ruling the day, Wienerschnitzel's quirky A-frame stores and processed pork staples didn't seem very competitive. The company thus last year decided to turn to its founder's 25-year old son, JR Gilardi, to try to figure out its future.

It hired the younger Gilardi to head up its new "Visionary Department" and tasked him with figuring out how to market to customers "30-to-40 years" in the future. In short, he needs to develop a Cult of 'Schnitzel.

And he's already made significant contributions to the company's outreach plan. The company recently enjoyed a high-visibility sponsorship at the US Open of Surf. It has become the "Official Hotdog" sponsor for Joe Gibbs' motorcross team.

And it has unveiled the Second Coming of the Oscar Meyer Wienermobile— its Mercedes-Benz "Wiener Wag"— which travels to various points around the country to stage promo events, like JR's hot dog-eating, costume-wearing battle royale versus Bananabeat Records label head and West Coast music scene luminary Cisco Adler.

But Will Stunts and Extreme Sports Sponsorships Work?

"Millennials expect brands to give back, be authentic and transparent," Fromm advised. "They will make it a part of the core company mission to support causes that matter the most to employees, customers and their hometown."

They're also likely to get behind product development that reflects their own tastes. We've already seen this happening in the food industry. Take, for example, the powers that be over at venerable fast food veteran Burger King.

The Boy Who Would Be King

Following a decade of slumping sales, decreased market share, disastrous marketing campaigns, abortive new product launches and generalized shareholder despair, the company brought an all new, Millennial-loaded leadership team on to right its ship. CEO Dan Schwartz is only 34. Its head of investor relations is 29. Even the chief financial officer, Joshua Kobza, is 28.

Some of the chain's first moves under its new, younger leadership aegis? It reintroduced the classic Yumbo. It stopped trying to compete with McDonald's for "best French fry" and instead launched a popular Veggie Burger. It simplified what had grown to become a confused, monstrous menu.

The chain also employed Silicon Valley-style tactics to increase profitability. It started looking for ways to disrupt the fast food scene. It revamped its marketing strategy. And it cut its tax burden by purchasing Tim Horton's and re-headquartering in Canada.

The result? Sales at Burger King were up 60 percent in the immediate aftermath of Schwartz's installation as CEO. Its debt fell. Investors cheered.

Food product development is about to get a lot more data-driven. And a lot more innovative.