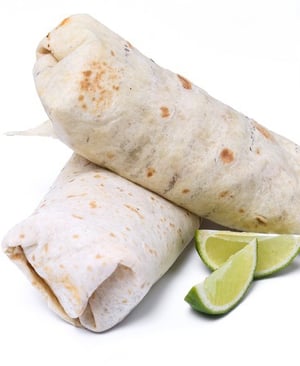 Food culture in America has been undergoing Silicon Valley-style disruptions over the past decade, resulting in food companies and restaurants launching new products and services, and re-evaluating and changing procedures at a seemingly ever-increasing rate. Frankly, it's hard to keep up with all the innovations in the market.

But there are four companies we'd like to focus on for today's post. A few we've talked about before, so we'll update you on doings with them. One we haven't mentioned before, but we're pretty excited about its new product and its potential to influence consumer decisions. So, without further ado…

Yes, yes, we talk a lot about Chipotle. But we do so with good reason—they continue to innovate and induce positive change in the consumer food market. So what have they been up to this month? According to the company, they've finally completed their transition to all non-GMO ingredients.

Well, sort of. The chain acknowledges that it has not yet been able to guarantee that all the animals in its meat supply chain are fed with non-GMO feed. But for everything plant-based on the Chipotle prep line, there are non genetically-modified products.

The venerable fast-and-fresh retailer reported that it had the most difficulty getting away from GMO soybean oil. In fact, as NPR reported, the chain paid one farm supplier to plant "acres and acres" of non-GMO sunflowers, just so that it could transition to non-GMO sunflower oil.

The purveyor of pea-based protein has enjoyed an increasing degree of visibility in grocery aisles, and that's probably going to increase now that it has been acquired by Pinnacle Foods, which intends to place Gardein within its Birds Eye Frozen Foods division.

Gardein's sales tripled between 2011 and 2014, according to FoodNavigator-USA—enough to attract high-level buyout attention. The proliferation of plant-based protein options has been placing tremendous pressure on traditional meat product and frozen food producers. Pinnacle, it seems, has taken the if-you-can't-beat-them-buy-them approach.

"We believe that plant-based protein is at the tipping point of becoming mainstream, making Gardein an exciting new growth platform for the Birds Eye business," Pinnacle Foods CEO Bob Gamgort said in a release announcing the purchase.

Will #MeatlessMonday end up becoming #MeatlessMonth for some consumers? There's no doubt that vegetarian and vegan diet adherents are a vocal and growing minority in the consumer market. Innovative, tasty meatless products like Gardein may provide avowed omnivores the incentive to eat more plant-based proteins.

Ever been to the grocery and been in a quandary about which cantaloupe to buy because you don't know which one is ripe? Squeezed every avocado in the bin to figure out which is just soft enough? Been curious about just what kind of nutritional content is in that food truck special you're buzzily nomming at a music festival?

Well Consumer Physics may be on the verge of providing you the means to know the answers to your questions. Its SCiO device—a handheld near-infrared spectrometer—will reportedly give the average person access to instrumentation previously only available in the lab.

Using a beam of near-infrared light, a spectrometer is able to distinguish (by light reflected from an object) what molecules make up an object. Consumer Physics' device connects to users' smartphones via Bluetooth technology. It works like so: the user takes a spectrometer reading of an object and sends the data to the company's cloud database, then receives an easy-to-read report of what is in the object.

Consumer Physics says that SCiO will be able to help users to determine which piece of fruit is ripe and ready for consumption, to determine which unlabeled pill is which in the medicine chest, to get an idea of nutritional content for a given piece of food and more, all for a suggested retail price of $249.

Imagine the possibilities: less fresh produce waste, because consumers would always know which fruit to buy, fewer medication mistakes, better nutritional intake choices made on the go… If SCiO delivers on Consumer Physics' promises, the efficiencies realized could be tremendous gamechangers.

In a quest to improve the customer’s experience, Panera is on the verge of doing away with the order-and-wait experience.

Last year, the quick service restaurant began rolling out its "Panera 2.0" store concept, which incorporates more smart technology and automation in the ordering and food delivery process. Diners can pre-order (up to five days beforehand!) from an app, then pick up and pay at a separate shelf within a given restaurant, allowing them to avoid the often-long ordering line entirely.

In-restaurant diners can now order from their tables in 2.0 cafés; Panera employees then use RFID tech to locate diners and deliver their food. The on-table ordering system allows users to customize their orders and can even save their food preferences for future visits.

Another interesting feature of the Panera 2.0 concept—ordering screens allow users with smartphones to pay via ApplePay accounts or to access and redeem points from their Panera loyalty accounts. Casual bistro dining is getting a whole lot easier, and the chain's customers have responded with a high degree of positivity to the changes.

These are just some of the big changes on the horizon today. There are valuable lessons food brands can learn from these companies: continue to look for ways to disrupt the market, anticipate consumers' preferences, wow diners with efficiency and look for ways to incorporate smarter, efficient technologies. By staying ahead of the innovation curve, you can stay ahead of the food market competition.