There Can Be No Exceptions When It Comes to Food Safety 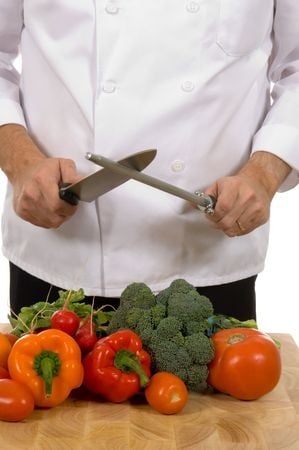 American consumers are fortunate to shop at supermarkets and dine at restaurants knowing that strict regulatory codes ensure the quality and safety of their food.

Most consumers expect a business to hold a permit to sell food for food safety reasons; they want those businesses to have their kitchens inspected for food safety violations and comply with sanitation and hygiene requirements for the storage, transport and sale of foods.

But what happens when it comes to food created outside the restaurant kitchen? Most Americans don’t give much thought to the neighborhood kid selling lemonade or muffins on the corner.

Recent food safety news, however, has generated controversy on this point.

Public health officials maintain that there can be no exceptions when it comes to a serious issue like food safety, but some private citizens have taken a more laidback approach to the subject.

In food safety news from Chappaqua, New York, police were called to shut down the booth of two 13-year-old boys who were selling cupcakes, brownies, and cookies in a park without the permits required by the state of New York.

The public was outraged that the police department treated a bake sale like a drug bust.

Sympathizers felt that the boys should be allowed to sell their goods without a permit because of their young age, the small size of their business, and the low-risk nature of baked goods. Those who were concerned with the safety of the public feel that this and similar decisions are the proper response to potential food safety issues.

Public Health Is an Invisible Force

The public often does not see the work that happens behind the scenes and is unaware of the good that is done through public health initiatives. Consider these examples of public health programs whose effects are difficult to see, but vital to the public’s well-being:

Similarly, you do not hear about the millions of cases of food-borne illness that are prevented due to enforcement of food safety policy. Public health programs to reduce food poisoning include:

In the Chappaqua case, the overwhelming public outcry forced health officials across the nation to step up and defend the decision.

William L. Hatfield, LEHP, PG, director of Environmental Health in Boone County, Illinois, emphasizes that there can be no exceptions when it comes to food safety. If small food operations are exempted, consumers have no way of knowing in what kind of conditions the food is produced.

Were eggs kept at proper temperatures or were they left out as their bacteria multiplied? Did dog or cat hairs— and their pathogens— come into contact with food or food surfaces?

Food safety news often focuses on dramatic, cut-and-dried issues such as food-borne disease outbreaks and the shocking results of restaurant inspections. These stories make the case for the enforcement of food safety procedures in larger food service establishments and food manufacturing facilities. Smaller operations, such as bake sales, however, are also governed by food safety laws. Though it may seem harsh to well-meaning fundraising groups, it is important that there be no exemptions to food safety rules if the health of the public is to be protected—as we in the food industry are well aware.